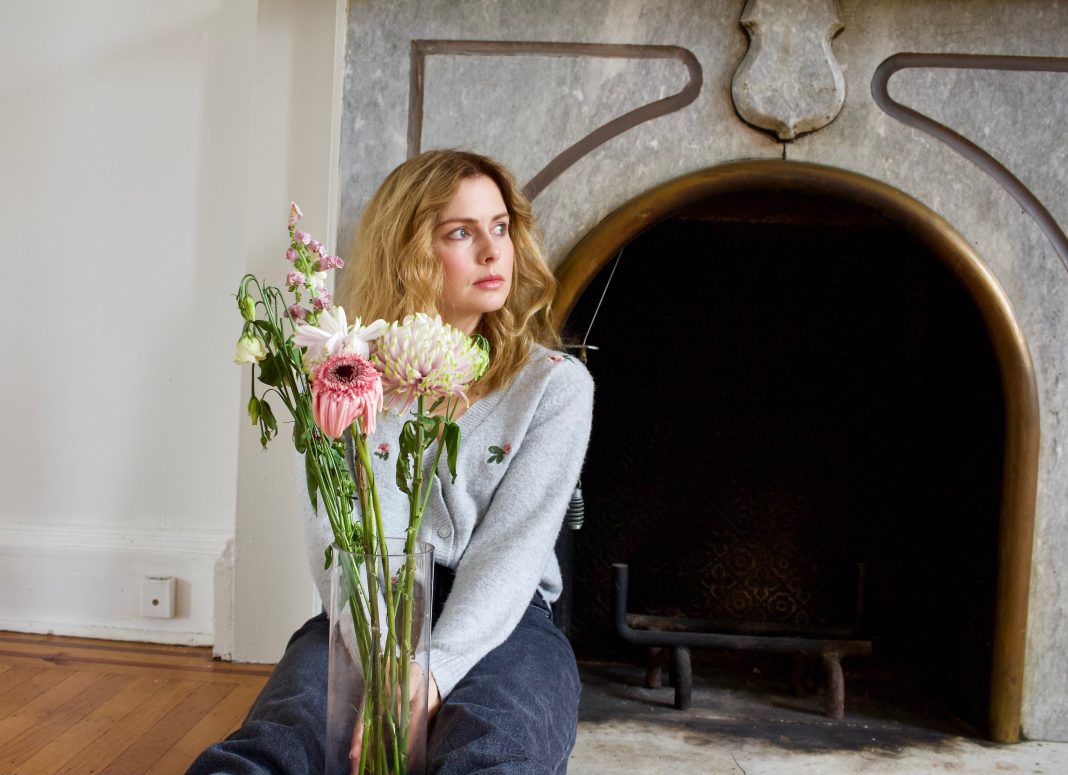 Rose has been featured in ‘The Bare Magazine‘ from December 8, 2021, with a brand new photoshoot by Tina Turnbow. For this photoshoot, Rose wears her own clothing.

It’s no surprise that Rose McIver has never been cast as a villain (a role she’d like to try, but we’ll get to that). Her angelic face and soulful manner tee her up perfectly for being the good girl. This ray of Kiwi sunshine is currently starring in season one of CBS’ hit comedy “Ghosts,” which was recently picked up for a full season after it premiered to rave reviews. (You can catch an all-new episode tomorrow night, with additional episodes airing in January). During our time together, she shared a bit about her “idyllic” childhood in New Zealand, her creative form of meditation, and the career advice she lives by. If anyone has the talent to transform herself into the villain, our money is on Rose. Still, to us, she is pure love and light.

The Bare Magazine: You started acting in commercials at age two! Was there ever a time in your life where you considered being something other than an actor?

Rose McIver: I love my job. I love what I get to do every day. It’s so creative and rewarding and social—it’s a wonderful profession. But yeah, you can’t help but wonder when you’ve done something your whole life, what else is out there? You know, my mum only discovered what she wanted to do really in her 50s. She went back to university and now she’s an exhibiting sculptor. We’re so fortunate that we’re in a position where we can go back to school and retrain ourselves.

Bare: Tell us a little bit about your childhood in New Zealand. Was it hard to leave?

RM: I left New Zealand when I was 18 basically. I’m 33 now, and ever since then there has been a lot of back and forth. There are periods of each year that I spend in the States. But I love New Zealand so much. I had an incredibly idyllic childhood in many ways. I grew up in a small community by the beach called French Bay. I’m still friends with a lot of the people I went to high school with. But once you hit 18, you don’t necessarily want an idyllic small community anymore. You want to see cities, and I was very ready to go and explore. I feel very lucky to have both options now. Whenever I feel overstimulated, I can go back home and it’s like the air pressure changes.

Bare: Where were you for the pandemic?

RM: I actually couldn’t leave the States. I had been cast in “Ghosts,” but we hadn’t shot the pilot yet. There was no Covid in New Zealand for quite a long time, so I felt it was the best place for my parents to be, and I was grateful for that, but really homesick.

Bare: Speaking of “Ghosts,” congratulations on the success of the show. What drew you to the script?

RM: It was so laugh-out-loud funny to me, and I don’t often find that to be the case when I read a script. I had done a show called “iZombie” for five years where it was funny, and I was able to go to work and laugh every day. It would have been kind of insane of me to pass up the chance to do that again with a great, great group of actors who I really look up to. And after we got picked up, we found out that we were going to be shooting in Montreal. After two years of being so sedentary, I was really ready to go somewhere else. Montreal is such a cool city. And I’ve been able to practice all my horrific high school French.

Bare: Is there a particular genre you’re curious to try?

RM: I never get cast as the villain and I really want to play a villain. I mean, I got cast as a zombie in a show and I still wasn’t a villain! I obviously seem to be non-threatening, but I’d like to see a villain come through a character that looked like that.

Bare: You mentioned your wonderful cast. What is the best career advice they, or anyone you’ve crossed paths with, has given you?

RM: I had a tutor when I was a kid, when I would do jobs while I was in school. Pat Quirk. She is someone I look up to immensely. She had six children and was always very grounding and made me think, even as a child, that you weren’t just showing up and saying words. She gave me a work ethic. A respect for the job.

Bare: Whose career do you admire?

RM: I really admire an actress called Danielle McCormack. Another Kiwi. I really liked how she could genre hop. She could be in comedy, drama, fantasy. Even if it wasn’t a genre she’d watch herself. She respected someone else’s vision. She’s somebody I looked up to a lot and was unrecognizable in the roles she did.

Bare: It sounds like you don’t have much of it, but what do you like to do on your downtime? We’ve heard you’re wildly into needlepoint…

RM: I love my needlework. Since I was a kid, I’ve been doing cross stitch. I do them in the evenings, it’s very much a meditation to me. I’ll be chatting with my boyfriend while I do it. It’s amazing the incidental conversation you can have when you’re doing something like cross stitch or a puzzle. My grandma, who I never met, was big into cross stitch. So I feel like it’s a bonding experience with an ancestor. Right now, I’m doing a string of rooms in the house that I grew up in—it speaks to my homesickness. It’s completely obsessive. Each one takes about six months to complete, but you can really see the reward in them.

Bare: Shifting a bit from your internal life to your external one, how would you describe your style?

RM: Comfortable. I am not somebody who will ever wear anything that pinches. For an event, sure. But I have to be able to walk miles and miles. I like to carry a lot of stuff with me at all times. I’m very practical. I don’t wear heels. I’m a total sneakers and jeans person. Or loose-fitting pants. My style also changes depending on who I’m playing. So, I lean into a Bohemian look for some stretches, then something floral and classic. When I’m into something, I try to go vintage—because I know it may be for a short period only.

RM: Not a depressing way, but ‘this too shall pass.’ What feels like your reality at any given moment shifts. I struggle with it, for sure. But I have found myself steadily learning to trust that whatever the feelings are, they will pass.

Bare: And what do you do for physical release?

RM: I really like running. It breaks obsessive thinking. It stimulates the left and right side of the brain, so that feels very healthy for me.

Bare: And finally, what are your life’s Bare essentials?

RM: My Pawpaw for my lips. My hard copy diary—I just can’t do it on an iPhone. A novel. Duo Lingo on my phone. It’s been French at the moment because I’m in Montreal. And coffee. I’m a complete coffee addict: oat cappuccino. If I had an action figure, she’d have one in her hands at all times. 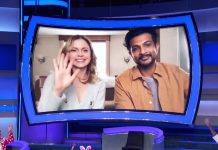