This week-end (Saturday and Sunday), Rose McIver is attending Wizard World Comic Con in Chicago for Photo Ops, Autographs and Panels. She will be there alongside actors such as Sebastian Stan, Norman Reedus, Milo Ventimiglia, Jon Bernthal and much more.

+7 HQ photos of Rose McIver at Saturday’s Panel have been added. Be sure to check them out! 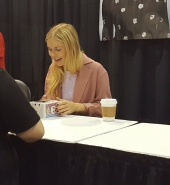 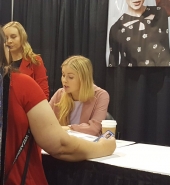 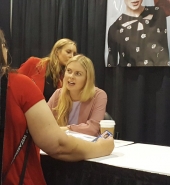 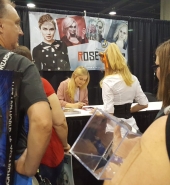 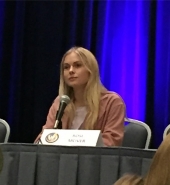 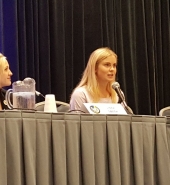 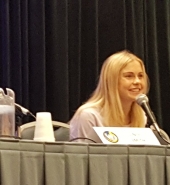 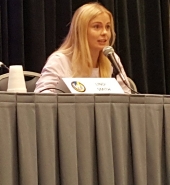 During the ‘Wizard World‘ on Sunday, Rose McIver went to the ‘Exotic Wildlife Sanctuary‘. There, she met Lucian (a Black Tufted Capuchin) who has been rescued bu them (EWS is a onprofit sanctuary based in Illinois. They provide permanent homes for their animal ambassadors in our care.)

She also went to the ‘Celebrity Car Museum: The Velvet Collection‘ to take the Shaggin Wagon for a spin. 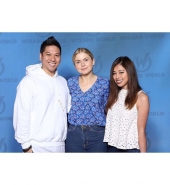