As you probably know, in February we published the first unofficial recipe book for ‘iZombie‘ season 1 (the other seasons cookbook are currently under way).

During the launch of this ‘iZombie Cookbook‘, I’ve got a great support from the ‘iZombie‘ crew including Rose McIver. Then, during her visit in France in May 2017, I decided to print a paper version of this book in order to give it to her as a gift. When I gave it to her and she was like ‘Wooooooow’. I told her ‘I don’t know if you remember it on Twitter’, and she said ‘Yeeeeah, I remember!! You made it? I looooove it, it’s amazing.’. She turned all pages, looked inside and was really delighted and surprised that I offer it to her.

Later, she shared the cookbook on her ‘Instagram Stories’ feed among other gifts she received! 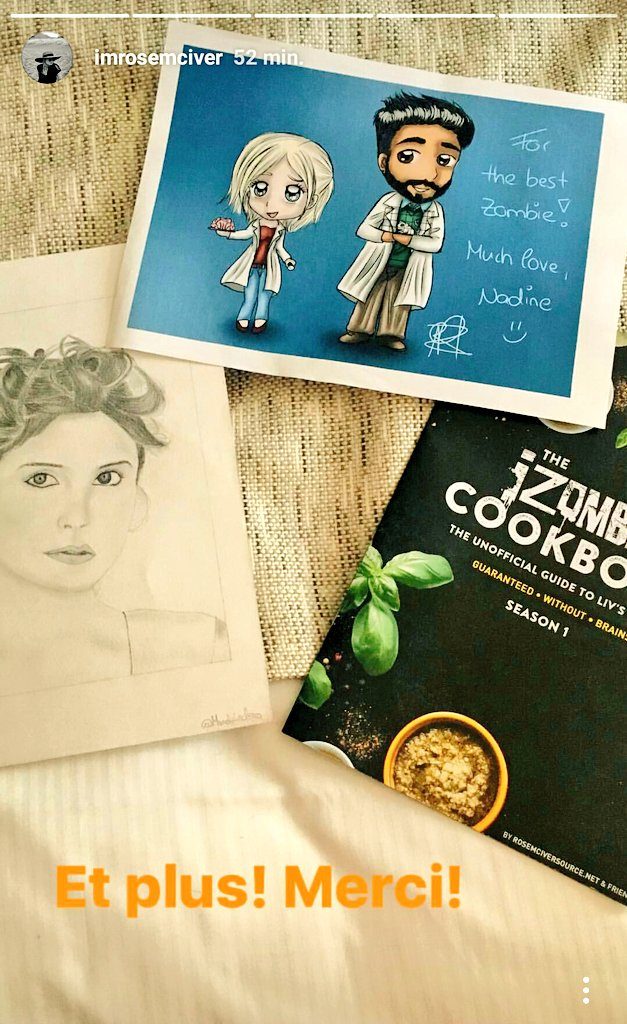