Rose McIver at the screening of ‘Tickled’ 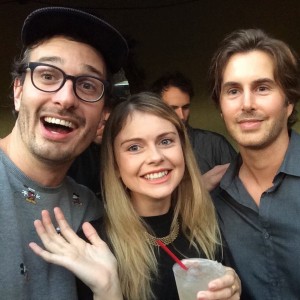 “Such a good night and GREAT FILM,” Rose told her own Instagram followers.

‘Tickled‘, which David directed alongside Dylan Reeve, first made a splash at the Sundance Festival in January and has steadily gathered steam since then.