I share with you today exclusively the scans of the magazine ‘Time Out‘ published on March 16, 2019 in New Zealand where Rose is appearing in. Below, you can find high quality scans from the magazine, photos + interview transcript. 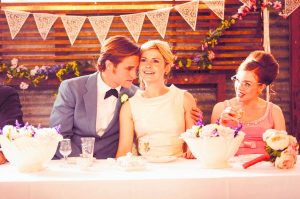 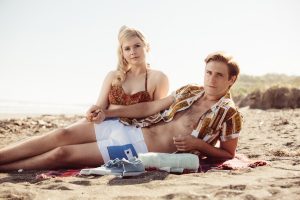 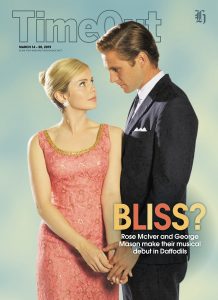 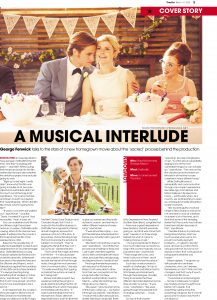 Source | Rose McIver and George Mason have just seen Daffodils for the first time, and they’re buzzing with pride – and relief. After pouring their hearts and souls into the film, neither star had any idea whether the ambitious project was actually going to work.

“Right up to last night, I really didn’t know what the film was going to be like at all, because (director) David Stubbs didn’t let too much out of the bag at all,” says Mason. “He’s just so humble and down to earth as a person, that I was still going, ‘What’s this film like David, what’s it going to be like?”

You can understand why McIver and Mason might have been nervous; on paper, Daffodils is quite a swing. When it hits cinemas next week, it will become the country’s first musical feature film to be released since 1966.

Based on the real-life story of writer Rochelle Bright’s parents and adapted from an acclaimed stage play, Daffodils follows a young musician (played by Kimbra) who charts the dramatic, bittersweet love story of her parents Rose and Eric (McIver and Mason), which takes place against the backrop of late 20th century New Zealand. “It’s always daunting doing something that’s based on a true story,” says McIver, “but it’s also that much more sacred, and that much more meaningful to be a part of.”

In an inspired twist, the couple’s story is brought to life by some of New Zealand’s most beloved songs: by artists such as Bic Runga, The Mint Chicks, Dave Dobbyn and Crowded House. But it’s not a musical in the traditional sense; in Daffodils, the songs exist in internal, almost imaginary spaces that weave in and out of the story. In key scenes, characters sing songs that communicate the emotional subtext of a moment – “they’re singing the things that they can’t say out loud,” explains McIver.

“That’s what the magic alchemy is of this film – it’s about people who are unable to communicate, and yet we feel all of that through music, through the most universal form of communication,” she says. “It’s really everything that’s going on behind the surface and what isn’t being said.”

McIver and Mason spent two weeks recording the songs in a studio before shooting the film, an invaluable time in which they grew comfortable with the story. “It wasn’t just standing in front of a microphone – (music directors Stephanie Brown and Fen Ikner) let us play our scenes and find really authentic ways in, and we tried a million different versions of every song,” says McIver. “It was almost like a play – you got this extensive rehearsal period before you actually had to go put it on its feet.”

“We tried to do stuff live on set as well,” says Mason, “and I think that process was amazing for Rose and I, just to get chemistry together, and to feel comfortable with each other, because they are big songs, and big emotions to tackle on set.”

The songs themselves proved a rich resource for McIver and Mason; both were able to draw from their own connection to the songs and reflect on New Zealand’s extraordinary musical talents – while also learning new things about our history.

“We weren’t around when some of this music came out – we heard it through our parents,” says Mason. “It was an education because you realise, listening to music like There Is No Depression in New Zealand (by Blam Blam Blam), songs like that – there was a great depression in New Zealand, and shit was really going on, and that was a time that I wasn’t aware of. So those songs helped me when it came to making choices on set.”

“It’s a good reminder to Kiwis of how much talent we’ve had for so long in this country musically, for our population size,” says McIver. “These songs are iconic, and there’s a bunch of them, and it really only scratches the surface.”

Each day on set provided a wealth of challenges. On top of singing, McIver and Mason had to hit intensely emotional beats through their dialogue, all while trying to recreate the three different decades depicted across Rose and Eric’s journey. “It was crazy,” says Mason. “We were going through time periods and changing costumes… It was manic.”

On top of that was the “exposing” process of singing live on set. “In a film about vulnerability, singing is one of the most vulnerable things you can actually do,” says McIver. “The crew on this film created an environment we felt safe in all the time to bare ourselves in many different ways.”

While Daffodils looks at vulnerability and communication through one couple’s experience decades ago, both McIver and Mason believe in its relevance today – particularly when, as a country, we’re still learning to open up, and speak honestly about life’s rockier moments.

“We’re pretty guilty of cultural cringe in New Zealand, and we’re not very keen to look at ourselves on screen a lot of the time, and I think that some of the amazing stories that this country has to share have been hidden because of that,” says McIver.

Mason agrees. “I’ve grown up with people who are these characters, who can’t express themselves, so I don’t think a lot has changed, and that’s why it’s such an important film for us.