Today, Rose McIver went to AOL BUILD Series to promote the new season of ‘iZombie‘ who will start on April 4th High quality photos (on stage/backstage/photo session), video and video screencaps have been added. Please check out the link below to access them.

“I think this season will wake you up it’s pretty full-on is a lot of action. Zombies Lovers will be very excited there’s lots of sequences with zombies.“

Did you ever expect, I mean, after being cast in this role that you’d be here two seasons later with the cast and crew? “You can only hope, I mean, there’s so many maybes in this industr. It feels like very stages is an audition process. You know, you do the pilot, and if the pilot gets picked up then you do the first season. If that gets picked up, you keep coming back. We’re just grateful; it’s because of our fanbase  for SURE that we have been able to come back for a third season. I don’t think I ever had a dream that it would fly so well and I’m so excited that it has.”

“It took a long time to cover up my zombie look today to look human.“

I think you have one of the toughest jobs on TV. Every week you’re playing not only Liv but also this personality of the brain you just ingested. You know, Emmy’s what’s good you can get some recognition. “It’s one of the toughest maybe but it’s also just one of the most privileged. When you’re a kid, and you tink I want to be an actor when I grow up it’s because you could play all these different roles and assume different characters. A lot of the time especially in television you don’t get to do that. You play one role for a long time and you fight to find the variety. But, for me, it’s like a kid’s dream to go into a dress-up box each week and like, put on that hat and be somebody else. So, I feel very very lucky.”

You played so many great characters over the years, is there a sort of wish-list in mind like if you could eat one person’s brain dead or alive not to be too dark but who would it be? “Great question and one I never thought I’d ask myself but I think, I mean I’m always interested in like these all these true-crime things that are going on like the serial and the making a murderer. You  know all these. There’s a lot of evidence and there’s lots that we can draw from. But, if you could just eat their brain, that would make it really simple you’d really know what was going on. So, I think that I would be just as seeking with my brain eating myself just like Liv i’m seeing some similarities here two of a kind.”

Before we get into season three goodness we just have to talk about that season two finale which was so epic like all the other series need to take note/ This is how you do a season finale and it was kind of a reset for the series with the destruction of max rager. Clive becoming in the know, some deaths of your boyfriend, r.i.p Rob Thomas (the musician). “I was going to say for me that finale, it was incredibly written and I was so excited. I thought it a perfect cliffhanger. The thing I was the most excited about was the Matchbox 20’s Rob Thomas. He’s like the biggest zombie fan and he arrived and started questioning me about Liv’s backstory and about where her father was and all these things. I was like ‘You know more than I. Rob, you are putting me in my place’. So, we are to resurrect him for something at some point.”

So, after all like the destruction and death at the season two finale, how is everybody doing/going into season three? We left Liv in a pretty emotional space despite her, having eaten the brain of a soldier. So, I feel like the first couple of season, we see Liv really struggling with her identity and trying to work out who she is in the world; find her bakbone as a zombie. I think now by season 3, she really has a strong sense of self. I think going into this season we see that she has high stakes, she has people she’s protecting and she’s a lot more confident in her leadership I feel like. There’s also a lot more ensemble we have everybody working together sort of. The storylines and the brains really intersect in a beautiful way this year. So, the brains that she eats impacts a kind of wider storyline. That means we get to see a lot more the other characters backstories as well. We get to see Babineaux with a mustache that’s a highlight for me. And, yeah, it’s really exciting. I think it’s high stakes this season and it’s a zombie apocalypse approaching and are we going to keep that at bay ? That’s king of the big question.”

Now, as you said, there’s sort of this united front almost like the Scooby Gang of Buffy. I feel like it’s real Buffy season three vibes here and it’s so nice that we’re not having storylines about ‘who knows who doesn’t knows’ everyone is on the same page. With this possible zombie apocalypse looming can you tease how that might play out through the season? “Well, mainly we don’t know who to trust. I think what I like in this season is there’s a lots of shades of grey, there’s nothing black and white and moralistic about what they do. It’s a lot of the bad guy isn’t necesserily a bad guy he’s got a differente approach. I think right now we’re living at a time which is just so divisive and I saw them in a lot of our thinking that’s it’s great to be a part of a show that sort of says ‘Hang on, why do these people think that wa? Where are they from? What do they want? How can we kind of work together to make something that is the best for everybody?’ So, that’s kind of what they are navigatin through this season a lot. I feel proud to be on a show that who though a zombie comedy/romance/drama would be speaking to bigger ussues like this. I feel lucky about that.”

You know what struck me watching the premiere is that the show has more of a political tinge to it, zombies are sort of positioned as a minority group in need of protection and defense. It was that sort of a response to political climate or just a natural sort of extension of the storytelling? “I think it’s a little of both. I think Rob Thomas and Diane Ruggiero-Wright -who are the creators of our show- definitely like to integrate current events and things that are happening and the way that people are moving in society and bring that into their storylines. But, at the same time, it was a natural progression for the show as well. I think it’s something I hadn’t really thought of with Liv. I mean, she’s from an affluent society. She’s got a loving family and she’s got all these things in place. But, she is like, absolutely a target and she’s struggling. It’s kind of nice to be playing this character who is an unlikely victim and somebody who is at risk but still has these physical superpowers. It’s a very dimensional role for me and I just again, I didn’t see that people would necessarily think would pop out with like a ‘zombie comedy like TV-show’. I think it’s a little bit of a response to the climate that there is. I think it’s also Rob Thomas just kind of wrinting these three-dimensional characters that evolved themselves and that interact so beautiffuly.”

In our real world, how do you think people would respond to zombies being real thing? “It’s a scary thought because obviously with our show, we don’t paint zombies as bad guys, we paint them as like afflicted people. And, people that have to respond to what they’ve been given. So, to imagine that in society you’d like to think that people would tolerate/understand/protect. But I don’t know we’re there yet at all, I don’t know what would happen. I think it’s important to be making material that addresses different lives, completely different world views and how they can live together. So, I’m not sure that the States is ready for a zombie outbreak to be honest, but maybe after watching a zombie they will.”

I have to give you guys credit because I think something that messaging is even more impactful coming from a show you wouldn’t expect. They’re turning on the CW, people might not necessarily expect those things but it’s there and I think it can have a real influence on the viewer. So, speaking of zombies in this larger mythology that’s going on; Season 3 is sort of brings Team Z out of their small corner of Seattle into this big bold world. Can we expect a storytelling to be more serious?“Yeah, very much. I mean, there’s kind of the best parts that the ‘iZombie’ we’ve come to know and love from Season 1 and 2. There is a brain each week and there can be lots of entertaining things around that’s very funny. Some of them, ‘Dungeons and Dragons’ brain is one of my favorites which I would never have picked. I’ve never played that game and wo I’m in. I think people will enjoy that, there’s a lot of comedy through this season. But, at the same time it’s all serving this greater storyline and this kind of mounting pressure between humans and zombies. There is a lot more of a serialized aspect to the show because of their.”

It’s almost never felt so much like a zombie show because now Major is a zombie and we’re meeting more and more. It’s almost like WeZombie and not iZombie. “I know, maybe we need a re-write for Season 3 title. WeZombie there feel that’s knocking about now.”

What is like playing with Major because he is gonna be eating brains as well? I think in the preview we see him eating the brain of a teenage girl. “One of my favorite episodes to film was me eating the brain of a father like a tool polishing kind of grilling encouraging sports father; And Robert Buckley who plays Major eating the brain of a teenage girl who’s self-indulgent in vain, feels like the whole world is against them. It was so much fun, it’s worrying how easily Buckley played that we had to have a few little heart-to-heart sound like ‘Buckley, what have we not dealt with you, you’re a perfect teenage girl’. He could play the mood swings. We had a lot of fun shooting that.”

What can we expect for Major and Liv this season? I think your relationship is one of the fans have really gravitated towards and they’ve ad so many ups and downs but now they’re both zombies. There is clearly a lot of love there. Can you expect to reunion? 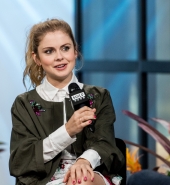 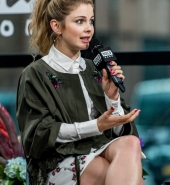 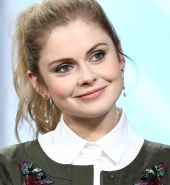 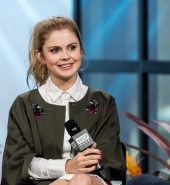 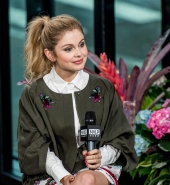 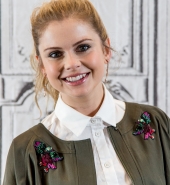 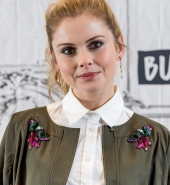 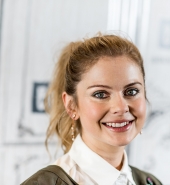 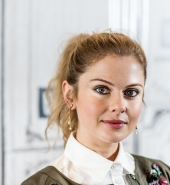 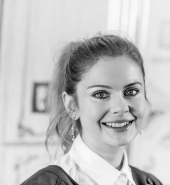 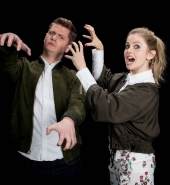 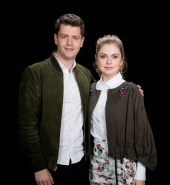 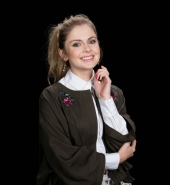 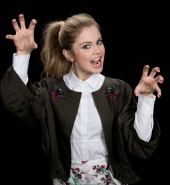 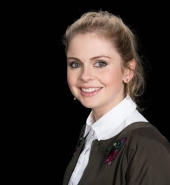