Here is the press release of ‘iZombie‘ Season 4 Episode 9 ‘Mac-Liv-Moore’ who will air on April 30. I also added +1 high quality episode stills for this episode.

BUST A RHYME LIV — There’s a zombie serial killer on the loose and new Seattle is on lockdown. Liv (Rose McIver) is trapped in the morgue on white rapper brain and Clive (Malcolm Goodwin) and Ravi (Rahul Kohli) are playing Dungeons & Dragons. Meanwhile, Blaine (David Anders) concocts his most sinister plan to date. Lastly, Major (Robert Buckley) is on the hunt for the killer. Aly Michalka and Robert Knepper also star. 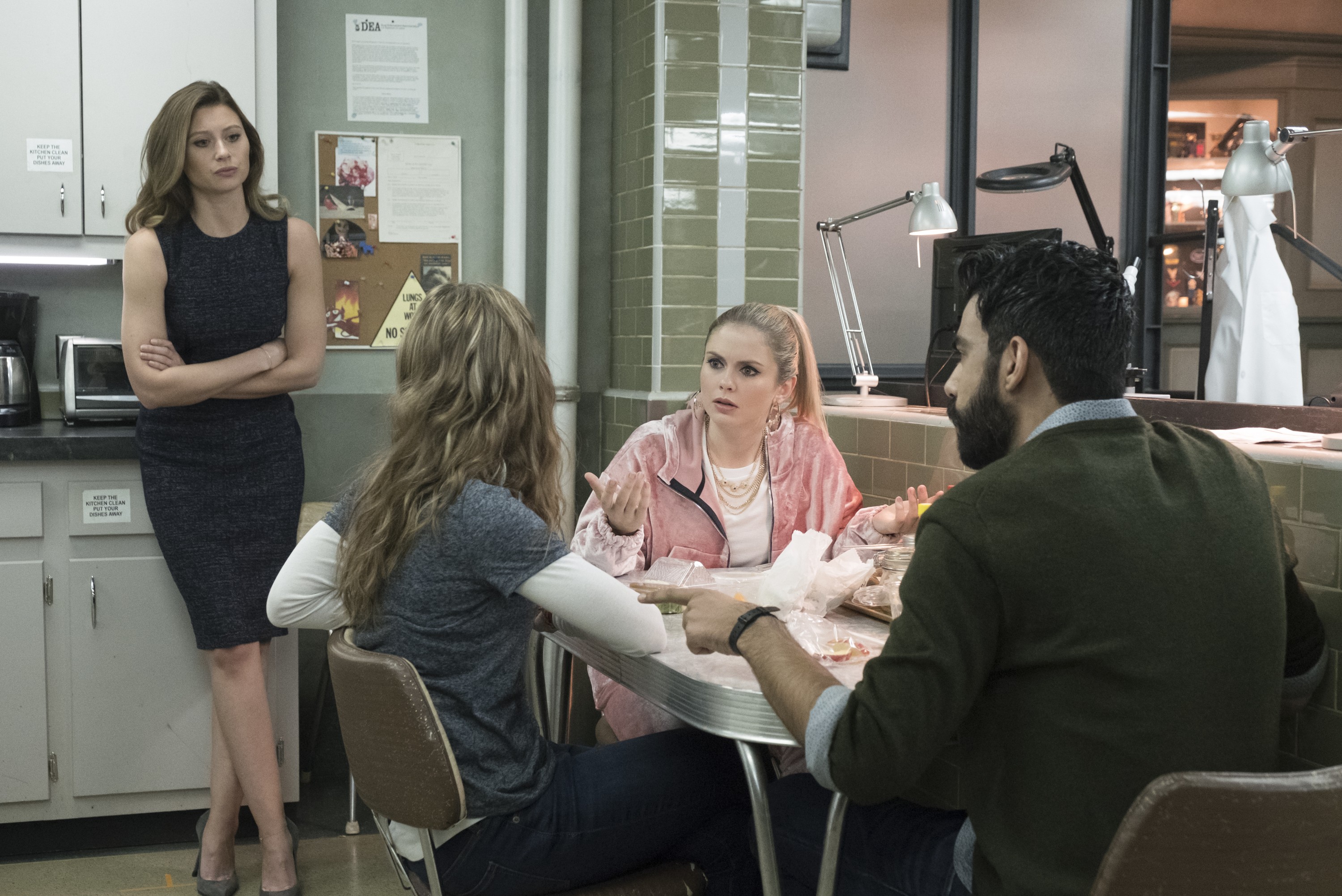 Previous articleiZombie – Episode 4.08 – Chivalry is Dead – Promotional Photos + Press Release
Next articleBRAMPTON’S OWN will be World Premiering at The Nashville Film Festival (May 2018)