Here is the press release of ‘iZombie‘ Season 3 Episode 9 ‘Twenty-Sided, Die’ who will air on May 30. I also added +5 high quality episode stills for this episode.

LIV IS THE DUNGEON MASTER – When a Dungeon Master is killed, Liv (Rose McIver) and Clive (Malcolm Goodwin) discover he was up to more than just playing in his mother’s basement. Meanwhile, Blaine’s (David Anders) experiment does not go as planned. Lastly, Ravi (Rahul Kohli) finds stumbles across some new information that could prove deadly. Robert Buckley and Aly Michalka also star. Jason Bloom directed the episode written by Kit Boss (#309). Original airdate 5/30/2017. 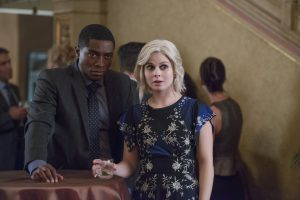 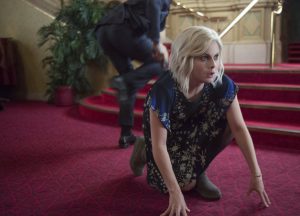