MAJOR ON ANGSTY TEENAGE GIRL BRAINS — When Liv (Rose McIver), Clive (Malcolm Goodwin) and Ravi (Rahul Kohli) arrive at the scene to investigate a fatal car accident, they begin to suspect foul play was involved. Both starving, Liv and Major (Robert Buckley) consume the brains of the accident victims, a well-meaning father and his angsty teenage daughter. Meanwhile, when Clive is brought in for questioning about a family that was murdered, he’s forced to reveal his past history with them. Lastly, Peyton (Aly Michalka) extends an olive branch to Ravi (Rahul Kohli), and Major hits a road block in his search for Natalie (guest star Brooke Lyons “The Affair”). David Anders also stars. Jason Bloom directed the episode written by Diane Ruggiero-Wright (#302).  Original airdate 4/11/2017. 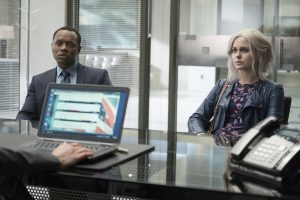 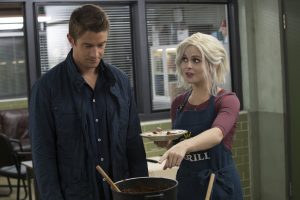 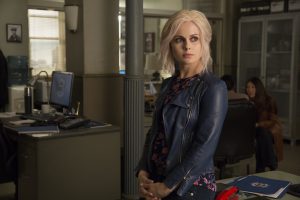 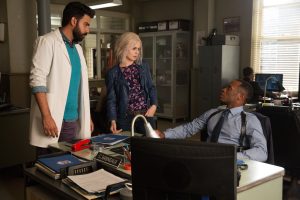