HIT MAN HIT AND RUN — As Liv (Rose McIver) and Detective Babineaux (Malcolm Goodwin) investigate a hit and run case, they discover the victim was a sociopathic hit man responsible for the murder of a tech entrepreneur, a case that Peyton (Aly Michalka) is prosecuting. Liv and Ravi (Rahul Kohli) dig deeper into a supposed zombie sighting that was posted on line which leads Liv to make a surprising discovery about someone from her past. Major [Robert Buckley] moves on with his life and Peyton is shocked by Liv’s reaction. David Anders also stars. Michael Fields directed the episode story by Rob Thomas Teleplay by Graham Norris & Lee Arcuri (#103). Original airdate 3/31/2015. 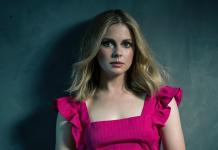