Home Interview Interview: Rose McIver on Why ‘A Christmas Prince’ Is Actually ‘Thomas the... 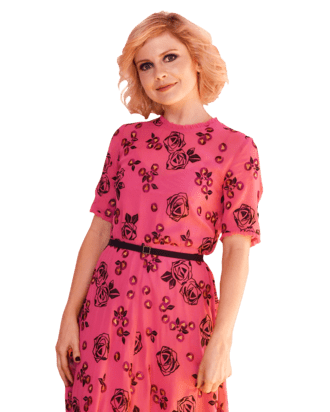 Source | Can you tell me a little about where you were in your career when you signed on for A Christmas Prince, and why pivoting to the holiday genre appealed to you?
Funny enough, when I got the call, I was in a secluded part of southern New Zealand visiting my best friend and I had very patchy reception. I only heard snippets over the phone from my agent. Christmas, this thing, Netflix. And it would cut out. I’d call again and I’d hear, Romania for two months! I had to run to the top of a hill to get service. Once it was explained to me properly, I thought it was kind of a ludicrous idea, like the plots of these films can be. But once I met the film’s people and talked to them I was proved right.

What else did you think of the script besides its delightfully ludicrous nature?
It was pretty silly, pretty soapy, and pretty melodramatic. Heartwarming in the end. All of the things you’d expect from a Christmas film. If I thought the first one was ludicrous, I was in for a journey with the second and third ones. [Laughs.] I didn’t know it was possible to up the stakes with the suspension of belief. In the second we introduce cryptocurrency and a financial crisis. Now for the third one, I’m solving a mystery while giving birth in a room full of people. I’d scared what would happen if we made a fourth one.

When did you first realize the original Christmas Prince transcended the standard holiday-movie fare into a bigger phenomenon? I think Netflix’s “who hurt you?” tweet really cemented its icon status for me.
The reception was definitely very surprising. People want to see things that make them feel good right now. We’re always challenged by a lot of upsetting news, but we can’t let that shape our outlook on our entire lives. People are turning to these films to be soothed and to find some kind of comfort. I knew I would enjoy watching a film like that, but I didn’t realize so many people would enjoy it, too. Who would’ve thought that it would turn into a second and third film? Not us. I’ve worked on enough gritty and dark independent pieces that nobody watches that I realized, This is what people want to feel. If I can help people feel that, even for a moment, what a pleasure. We can laugh at ourselves to have a desire to watch something like this. It’s not very critically cool to talk about, or it doesn’t make you seem very intellectual or profound to enjoy them so much. There’s a common humanity to want to feel good and have some escapism.

Has making these films challenged you as an actor in any way?
My job is to try to make scripts grounded and feasible. The more ludicrous it is, the more challenging and interesting it is as an actor, actually. You go, Where are the parts I can really connect to? Amber is a fish out of water story. She finds the whole situation outrageous as well. She’s very confrontational and independent. There’s a fine balance we try to strike in these movies. We try to tell it with heart and we have to try to make it something we care about. And I do! I’m so grateful to have a job, I’ve gone years without having a job. Every time somebody employees me, I’m determined to do my job as best as I can. Don’t laugh at the people who enjoy these. They’re very valid!

Why do you think, out of the hundreds of holiday films that premiere every year, that these Christmas Prince ones made the biggest impression with viewers? Is there a deeper, zeitgeist-ier layer beneath the silliness we’re not thinking of?
Trusting the simplicity of them is quite a big thing. The characters are heightened. It’s almost like a Greek drama. There are archetypes in many ways, and trusting they have resonance with people. Trusting those old narrative devices and leaning into those rather than feeling the need to turn everything on its head. Storytelling has been around for a very long time and trusting some of those dramatic aspects are still valid, and carry just as much weight and meaning to people has been very smart. In a nasty way, you could look at it as being two-dimensional, but in a more pleasant review, it’s familiar. Are you familiar with Thomas the Tank Engine?

I’ve dabbled in the island of Sodor, yes.
My nephew was obsessed with Thomas for so long. But nothing surprising ever happens. It’s the same storyline every time — something goes wrong, the train gets fixed, and all of the trains are happy again. There’s a comfort children get with that, knowing it’s going to be like that. We want to be challenged sometimes, but when we’re not being watched or judged by our peers, sometimes we want to see the story we know works out in the end. A Christmas Prince really leaned into that. And that’s why I don’t think Netflix will bite at my pitch for the fourth installment, Royal Marriage Counseling. The realities of raising a toddler would be quite funny.

Well, I was going to ask you what your ideal fourth Christmas Prince would be, but it has to be marriage counseling now.
A positive story about how we’re able to overcome a slump in a marriage by asking for help. It would be great. [Laughs.] What’s more likely is something about Princess Emily and how she’s coming of age. Should viewers demand it, there’s a lot of different ways the film could go.

Alright, if you’ll indulge me, I have some sillier questions about the films’ universe that I’d love your perspective on.
Oh, please.

Have you given much thought to how big of a nation Aldovia is, or what its GDP is?
Wow. I’ll need to make a spreadsheet to understand the Aldovian financial crisis. Amber is an impassioned leader but I don’t know how great she is at breaking down financial returns. I like to think Aldovia is kind of like New Zealand. I’d love for a dedicated fan to build a bible around the origins of Aldovia. Or have some spinoff six-part miniseries. Maybe Ken Burns is available. Ten hours of the history of Aldovia from Ken Burns.

How many times do you think Amber has said the world “blog”?
She talks about blogging more than she blogs, which I think is the case of most bloggers. Not all bloggers. Good bloggers go above that! Maybe 75 times?

Do you think Amber is a good blogger?
Look, I think Amber would win the participation trophy at the Journalist Olympics. She gives it everything. Technologically, she’s not necessarily good. I think she’d do very well with a young intern helping out and teaching her how to run a website. That would be a good start. Maybe take a community class in Aldovia and take a class on the fundamentals of journalism.

I’m waiting for her to transition to Snapchat or Instagram Stories.
Exactly. That has to be the natural endpoint. 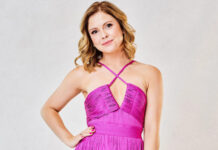 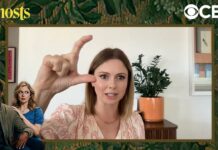 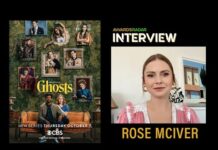 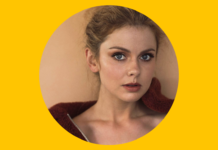