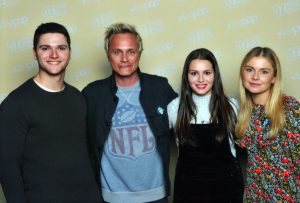 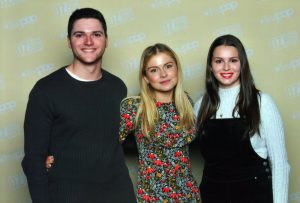 My brother and I met Rose at Oz Comic Con on 11 June 2016. When she was announced as a guest we literally screamed the house down. We were so excited. We decided to try and get tickets for the iZombie dinner which also featured David Anders. Guess what, we managed to get tickets even though they sold out in five minutes!

Come Saturday we were beyond excited. We first met Rose when we got a photograph. She was so welcoming and lovely. My brother and I couldn’t decide who would stand on what side of her so we ended up doing an awkward dance around her, which we all laughed at. We also got an iZombie duo photo with her and David. She said ‘see you later‘ to me, and I thought, yep you will, at the iZombie dinner!! 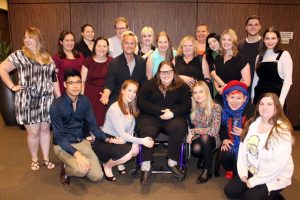 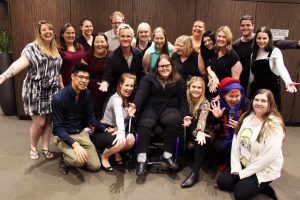 Saturday night arrived and we met the other lucky ticket holders. The first hour we had David to entertain us with his hilarious stories. Then it was Rose‘s turn to sit at our table. She was one word. Amazing. Insanely easy to talk to, we also had a lot in common. She made a real effort to ensure we were all included in the conversation and was even a bit cheeky when she got her phone out (no phones allowed at the dinner) to show us some pictures of her when she was little. My brother and I even got a chance to tell her how we got into iZombie and she was so thankful for our support! The time I spent with Rose will stay with me forever. She’s so beautiful and kind. I’m so blessed to have met her and spent time with her. I can only dream of being able to meet her again!

Big thanks to Laura for sharing her story with us!