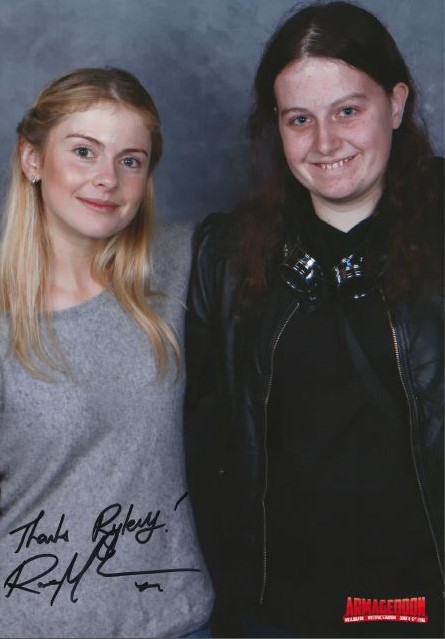 When I got my photo with her, I was too nervous (cause she’s such an awesome person and I love her work on iZombie and Once Upon A Time) so I didn’t really say anything.

I ended up getting my photo signed (as you can see in the corner of the picture) and that’s when I told her that I was super nervous at the photo to say that I think she’s awesome and she was like “Aw, that’s so sweet” and I went onto say that binge watched all of iZombie for the first time and thought that she was awesome in it.
She then said it was nice to meet me – which she probably says to everyone – but it still made me smile so much

Side notes: She’s also so smol and such a cutie – like she sat on the couch at her panel crossed legged. And I caught the end of her panel and she and Robert Buckley have been pitching an ice skating episode of iZombie cause she ice skates and I now really want it happen

Thanks to Ryley for sharing her story!